and watching the leaflife whilst mating…

and rummaging through fleeces in preparation for shearing…

and I cannot believe it is nearly May!

sometimes we forget about the beauty all around us

we can see it in so many ways…

well it was also the turn of the wood this week end with a couple of little jobs needing doing to ensure safe Alpaca Events this year!

the Jetty was in a poor state after the floods and needed total refurbishment:

and as he had saw and plane in his hand, hubby finally managed to finish my Alpaca wooden head. Bless.

You may recall when a neighbouring farms tree fell in the winter storms, I spotted that the rot in the neighbours tree looked like an Alpaca… well here it is varnished!

you can sure see it now!

With the farm build and move, I had to store two years fleeces and do them in one lot

– it totalled some 45 fleeces to skirt and pick and numerous to keep and store for show – including the show winning ones and cria fleeces.

I had totally lost the will to live by the end of the week end but finally got the job done between husbandry jobs and paca birth watching!

and more mating – the boys were fab – halter training early really pays off!

well wow – that  was a busy day. Haylage for Alpaca – that we cut and wrapped last year –

literally flew through the door (well gate) when we advertised it for sale last week.

I was inundated with calls as small bale haylage is scarce to find these days.

We opened a few to check and off it all went.

and the last lot we delivered ourselves.

well we couldnt have a Happy Easter without a new Egg picture could we?

This is the most massive Muscovy egg ever!

well many of you will know that the Alpaca is an induced ovulator. This means that mating has to occur before an egg can be released for fertilisation. Which means in short that there is no “season” for mating as there is in other livestock, for example horses, sheep etc. No “tupping” season. No “cycle”. This means that the boys are always ready and so are the girls so they need to be seperated at all times to avoid unwanted pregnancies.

When the time comes, the Alpaca sings or “orgles” to the female and this can take from ten minutes to 45 minutes depending on the male.

It is not a quick process and the males need time to get everything functioning properly at the start of the season after a year off!.

Rarely will a male get a female to ovulate and this then fertilise resulting in a pregnancy on the first mating of the season.

The male has to be taken back to the female after 7 days to see if she needs remating. Some females can take numerous 7 day cycles of matings and checkings (called spitting off”) before they are pregnant and even then this needs confirmation by scanning.

Getting a whole herd of some 25 plus breeding females pregnant is a lengthy task and the boys need to be fit and keen.

The bad news is that Alpaca can reabsorb at any time in the cycle in the first three months or so and you will be back to the beginning with some females and have to start all over again. in the meantime the grass grows, cria are born and hay needs making!

this is the reason why you need to start mating early and often have to mate late into the season rather than leave a valuable female (asset) empty.

The longer a female is empty – the more it can effect their chances of getting pregnant again.

An occasional year off is okay with a late birthing but two years empty is never usually a good sign.

combine this with the fact that Alpaca gestation is nearly a year (11.2 months) and that they can give birth up to 6 weeks early or late – there is no time to lose and no “birthing season” – ever!

now then – last year the heatwave caused dire issues for all matings as the sperm count was effected by the heat and the animals just do not want to mate… this includes cows etc.

Alpaca struggle to mate in the heat in full fleece and slide off in the rain so… its up with the larks when dry and cool and the sooner the better!

I guess its romantic for them!

Last year you may recall I had some help….

this year its “shank’s pony”… between other duties and birth watch….

only another ten fields to go! 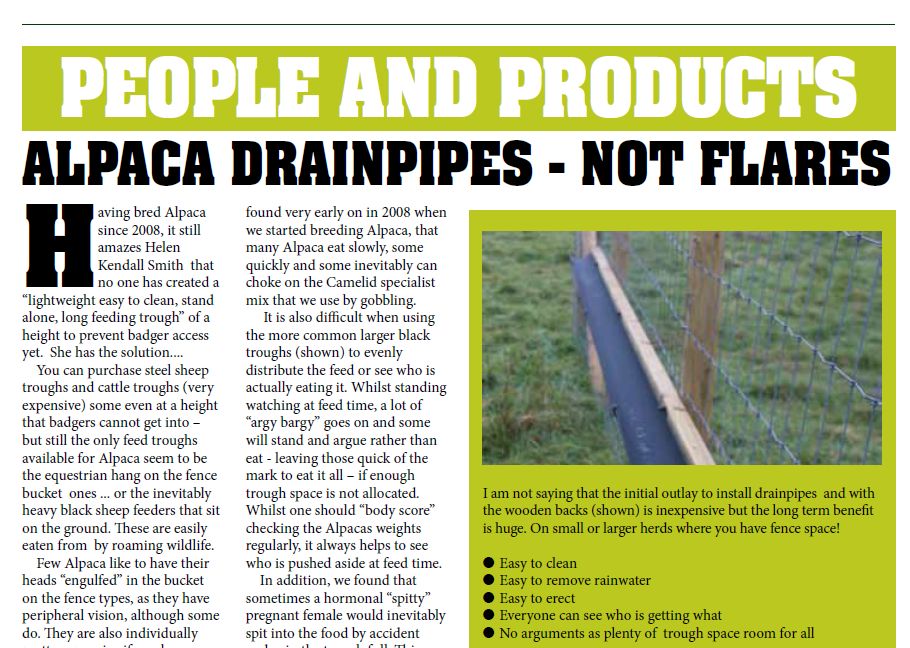